In March, it was not smooth for European football.

Behind the suspension of major football leagues is the increasingly severe European epidemic. 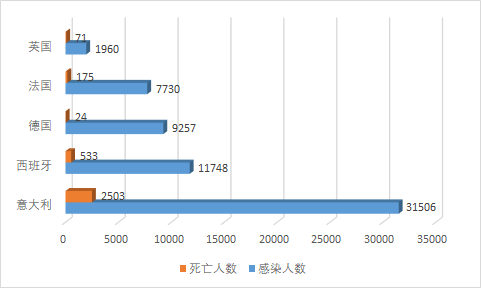 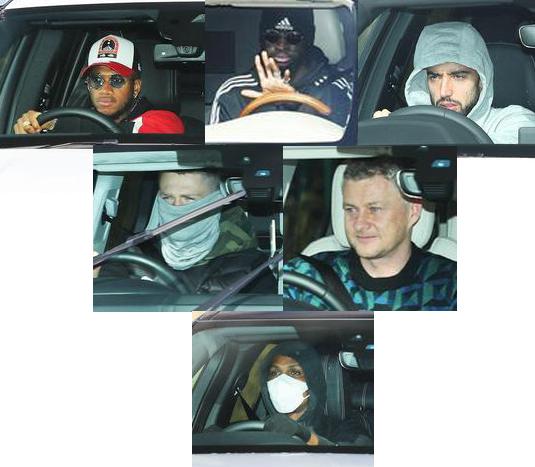 With the suspension of the game, fans naturally focused more on the off-court actions of major European clubs. On March 13, British local time, a group of photos of Manchester United driving to the Carrington training base for training was heatedly discussed. In this group of photos, Fred, Pogba, McTominay, Bruno Fernandez and Manchester United coach Solscoya are not wearing masks. In comparison, Ighalo, who joined Manchester United on loan from Shanghai Shenhua, not only wears professional medical masks, but also specially wears gloves. 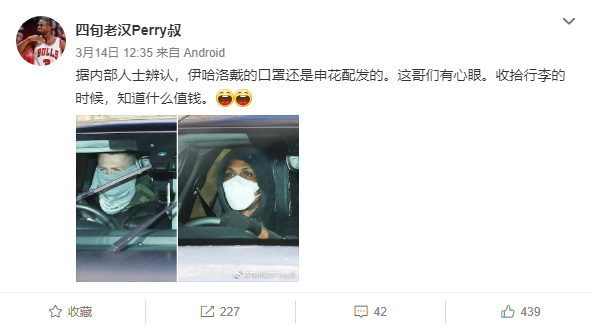 Soon after the photo came out, Pei Li, a sports media person, posted on the social platform: “According to insiders, Ighalo’s mask was issued by Shenhua. This buddy is careful. When packing up, he knows what is worth. "Later Li Xuan, the internal director of the Football News, also reposted this news and commented: "Hahahaha, too thief!" On March 17, Beijing time, the English teenager Mount, currently playing for the English Premier League Chelsea Football Club, was photographed playing wild football in the park with his friend Rice (currently playing for West Ham United). Normally speaking, sneaking out of the house during the epidemic to play a football game with friends is also in line with the active atmosphere revealed by the Europeans. But what we need to understand is that Mount’s teammate Odoi was diagnosed with the new crown pneumonia virus just 4 days ago, and the Chelsea club also announced that the team has all entered emergency isolation. It is really inappropriate for Mount to leave the isolation area without authorization during such a sensitive period and go to public places. 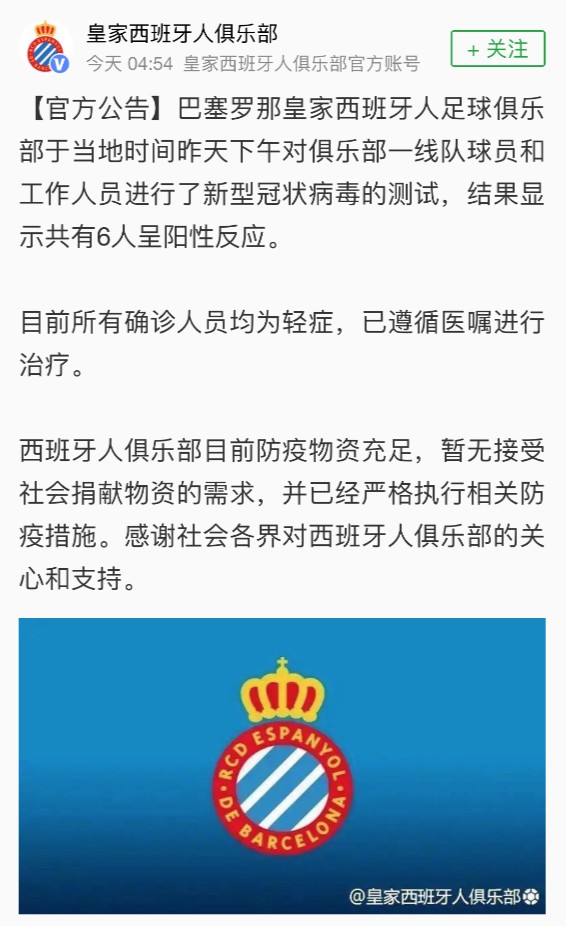 In addition to the lack of strict regulations on the life trajectory of players, there are still many clubs in Europe that are not equipped with even the most basic epidemic prevention and control facilities. On March 18, the Spaniard announced that after a nucleic acid test, a total of 6 players and staff of the first team were infected with the new crown virus. However, many media later stated that the current six officially announced by the Spaniard are only the results of some players' nucleic acid tests. There are still many players in the Spaniard's first team that have not undergone nucleic acid tests. At present, although most of the five major league clubs have announced that their teams have entered a self-isolation state after the suspension of the league, the clubs do not monitor the daily whereabouts of the players in real time. In other words, the so-called self-isolation of European clubs depends more on the conscious implementation of the players. The head coach of the Argentine national team, Scaloni, once disclosed to reporters Juventus’ measures to prevent and control the epidemic: “Dybala told me that the club would send him some news or suggestions about the epidemic every half an hour. And told the players to train well at home."

From the conversation between Scaloni and Dybala, we can understand that although the Juventus club will promptly inform the players of a series of news about the epidemic, the restrictions on players going out are only at the level of "recommendations." . The formation of this situation is actually understandable. At present, most countries in Europe have not yet fully formed a complete daily check-in system like China (this is also related to the European personality), so the club cannot understand every player. Living at home, this gives some "active" players the opportunity to go out privately.

Compared with most European football clubs, Chinese clubs are undoubtedly more conscious in terms of epidemic prevention and control.

However, with the full outbreak of the epidemic in Wuhan at the end of January, Wuhan Zall Club immediately realized the severity of the situation. They immediately organized staff to explain the severity of the current epidemic to the Wuhan players in the team, and proposed I hope the players can cancel the proposal to return to Wuhan for the New Year this year. With the efforts of the club, all the Wuhan players in the Wuhan Zall team agreed to cancel their original plan to go home for the New Year and instead stay in the team to actively cooperate with the club in epidemic prevention and control.

Since the epidemic had already formed a large-scale infection in the land of China at that time, Wuhan Zall executives realized that if the team continued to stay in the country for winter training, not only could it not find a suitable warm-up opponent, but it would also increase the risk of infection for club players. . Under such a background environment, Wuhan Zall officially set off from Shanghai on January 29, Beijing time, via Istanbul, Turkey, and then arrived at the second phase of winter training site-Malaga, Spain. 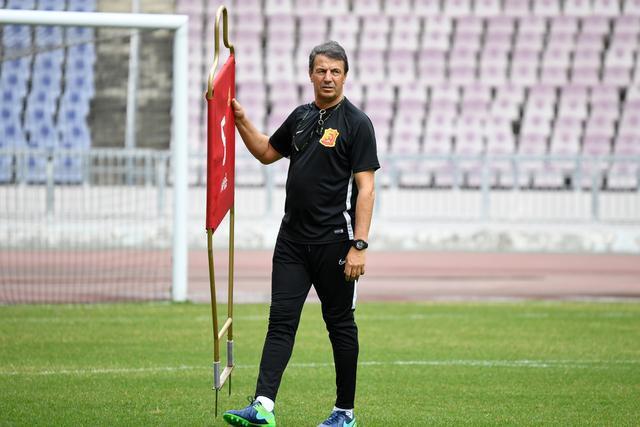 Wuhan Zall Club started the second phase of winter training early on the fifth day of the Lunar New Year, with a very clear intention: to immediately transfer the team to Spain, which was not infected by the epidemic at the time, to minimize the possibility of players contracting the virus. After arriving in Malaga, the relevant staff of the club immediately contacted the Spanish Government Health and Family Committee and assisted the relevant Andalusian authorities to set up a pneumonia observation team dedicated to real-time monitoring of the club. This series of actions relieved the local residents who were extremely scared of Wuhan Zall, and the team was able to carry out a series of winter training plans as normal.

After successfully passing the two-week quarantine period, Wuhan Zall Club did not ignore the importance of epidemic prevention and control because of the health of the team. According to local media reports, all the 50 members of Wuhan Zall Club who went to Spain for winter training live in rural areas far away from the city. The club will appoint a dedicated person to conduct at least two comprehensive checks on all staff and players every day to ensure that their bodies are safe and sound. . Judging from the final results, Wuhan Zall’s strict management and control of players has had a good effect: no one on the team left the team privately during training in Spain, and it did not affect the normal life of local residents at all. The strict prevention and control measures of the club have greatly appreciated the local Spanish media. La Liga also took this opportunity to cooperate with Real Madrid Football Club to invite Wuhan Zall to visit the Bernabéu Stadium to watch the Spanish national derby. 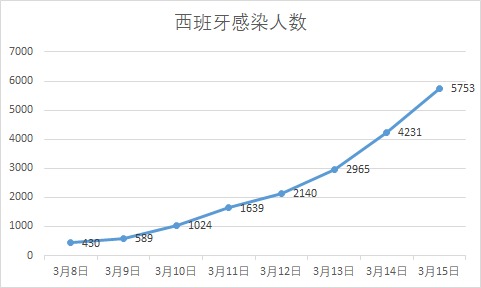 The good times didn't last long. The domestic epidemic in Spain has also broken out since early March. In just one week from March 8 to March 15, the number of confirmed cases in Spain increased from 430 to 5,753. At the same time, China has basically controlled the domestic epidemic after a long and unremitting struggle, and began to pay more attention to the prevention and control of imported cases from abroad. In this context, Wuhan Zall plans to leave Spain, where the epidemic is more severe, and return to the embrace of the motherland.

However, considering the more serious domestic epidemic in Spain, the Wuhan Zall and his team originally scheduled to fly from Frankfurt to Beijing on the 14th were temporarily cancelled. The team had to stay in Frankfurt for one day, and it was not until the evening of the 15th that they could catch the return home. aircraft. According to relevant staff reports, Wuhan Zall Club strictly prohibits the 50-member winter training team from going out privately during the return to China, and is equipped with professional medical staff to monitor the physical condition of the players regularly every day. Relying on strict and standardized testing measures, Wuhan Zall passed China-Turkey-Spain-Germany-China without any infection, and finally arrived in Shenzhen on the afternoon of March 16. (According to reporter Zheng Xiaowei, Wuhan Zall arrived. After Shenzhen found a hotel on the spot to conduct self-isolation for 14 days, and said that it would strictly implement a series of prevention and control measures announced by the government before returning to normal training).

Wuhan Zall’s successful prevention and control of the epidemic is by no means unique in Chinese football. From the top giants well-known in Asia to the civilian teams in the low-level leagues, every club in Chinese football has been in the midst of the epidemic. Strict and efficient control and meticulous monitoring are used to ensure the health of every player. This is why the number of infections in all clubs in the Super League is still zero today.

As Wuhan Zall’s foreign aid Baptistan said in an interview: “It seems that China is the safest place now.”