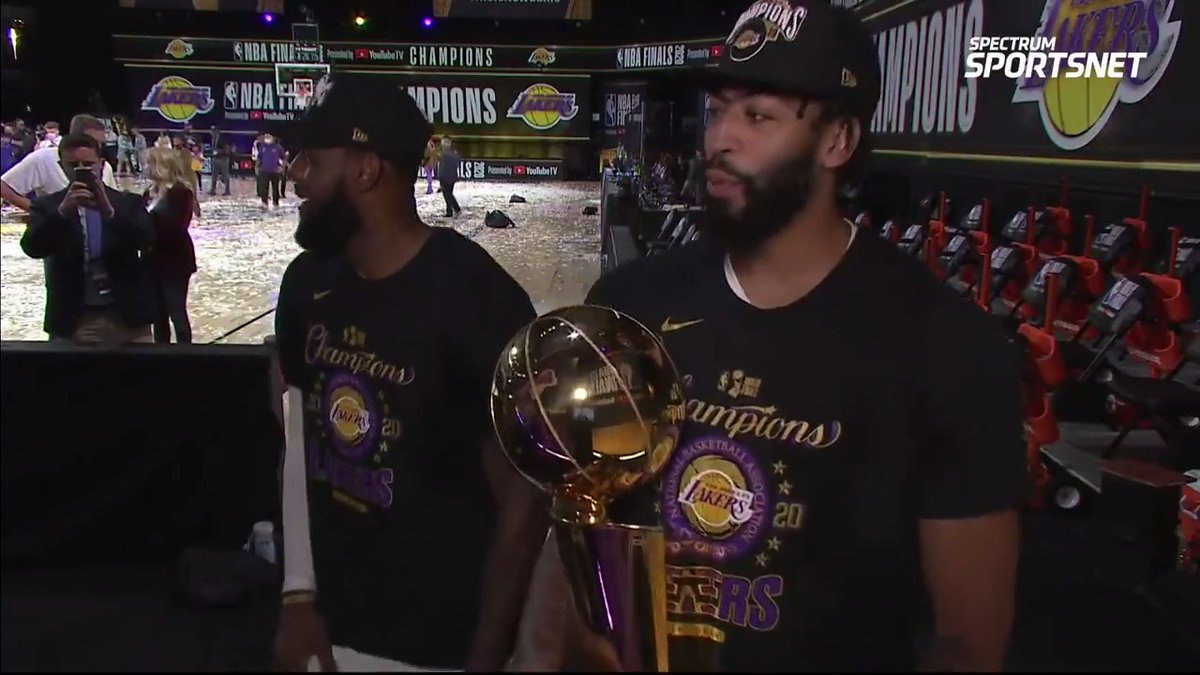 Speaking of the feeling of winning the 17th championship for the Lakers in team history after various changes this season, James said: "It makes the championship feel even sweeter. If you have never experienced anything, then I don't want to say that this process is deceived. But it doesn’t feel worth it. For us, our entire season’s experience, from going abroad (the Chinese game) to all the things we experienced later, is of course the longest season in our career. But our ending and the way we reach it, this is an incredible moment for us."

Davis said: "It's very difficult. He (James) said that from the beginning. In our first player meeting, he said that the process will be very difficult and not easy. Especially considering We are the favorites to win the championship, and people regard us as targets. Everyone in the team has the motivation to prove themselves, and every player is like this. And we are united, from the first to the 15th, to eliminate arrogance, Going through the ups and downs, from the beginning of the journey last October to being here a whole year later, we have entered the competition. In any case, we are always united for this thing (raising the championship trophy). Everything is for This, hard work will be rewarded. As he said, the more struggles you experience, the more ups and downs you experience, the harder you win the championship, and the sweeter the feeling after holding the cup. I said I don’t want to cry, but there are still 30 matches. At the second, I still cried, I just couldn't help it. This is a special moment and a goal I have been pursuing throughout my life. This is only the first time."